and part 5 ... "The hole we are in today was set in course when we decided to plant 6 churches in 5 months on top of the Real Marriage campaign." An invitation to members to start a financial embargo on Mars Hill the corporation

Executive Elders
Current Financial Situation
Saturday, March 17, 2012
...
The hole we are in today was set in course when we decided to plant 6 churches in 5 months on top of the Real Marriage campaign. Too much work for an 8,000 in weekly attendance church to undertake when there was a culture within the church staff of poor stewardship and a church body that did not financially support the church.

What may be worth revisiting is some material sent along to Wenatchee The Hatchet regarding the leadership culture at Mars Hill circa 2011 through 2013. It was the opinion of at least one former staffer who was employed by Mars Hill that: 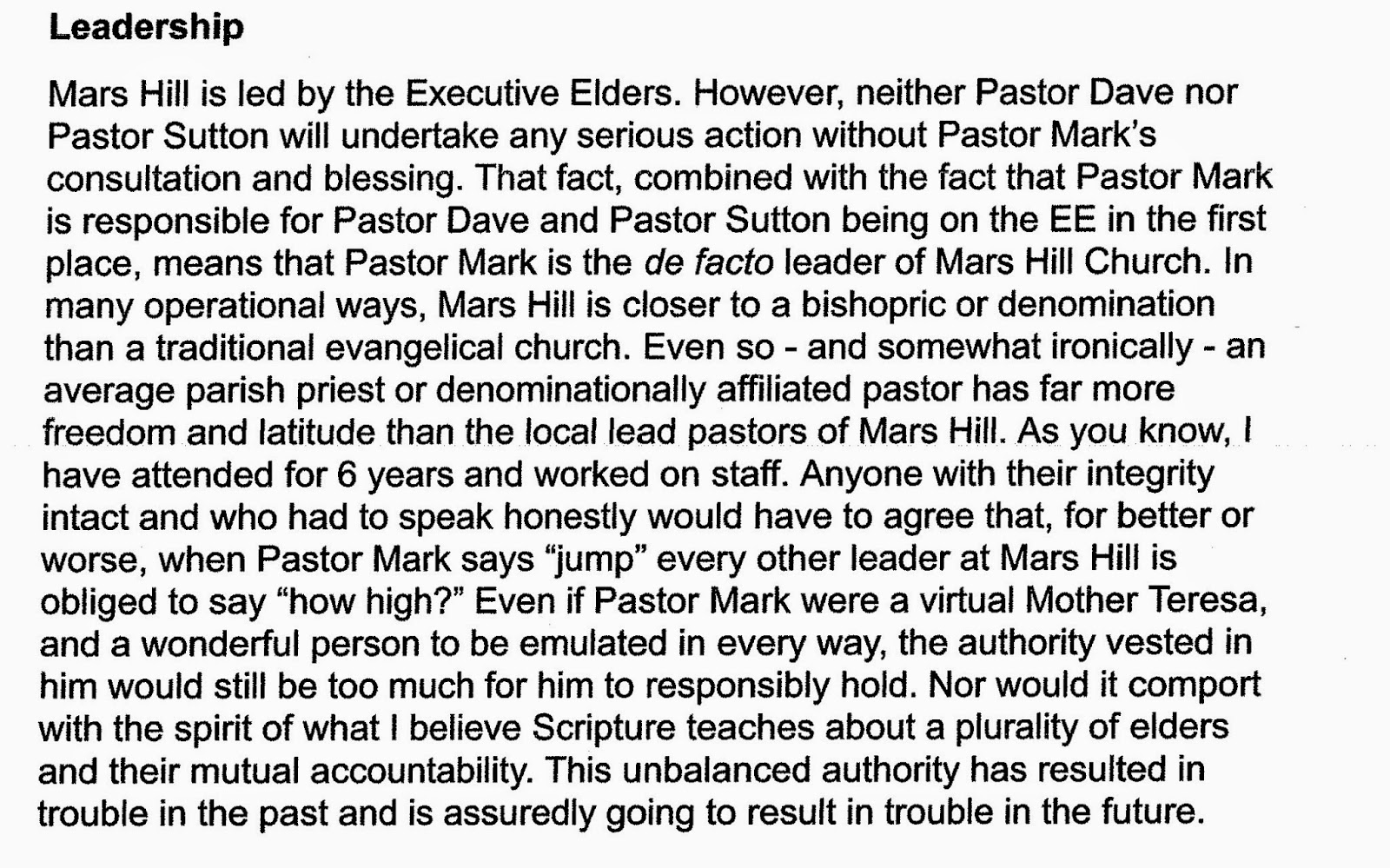 This is just the opinion of a single person and so there's plenty of room for other opinions and convictions but in light of the statement from the 2012 memo about how Mars Hill had a culture of entitlement it's possible that that sense of entitlement started from the top down, isn't it?  It's at least something to consider.

And as Wenatchee The Hatchet and others have been documenting for some time, most of the scandals associated with Mars Hill Church in the last few years started at the executive level and worked their way down.  Even in the case of Andrew Lamb the disciplinary precedents that led up to his case were made possible by by-laws changes in 2007 that permitted any two campus pastors to make any decision they deemed appropriate regarding member discipline with the member having neither the opportunity to appeal the disciplinary decision nor any assurance that the disciplinary action or any knowledge of a given case wouldn't be made public to local authorities or the local church.
Posted by Wenatchee the Hatchet at 7:43 PM

Email ThisBlogThis!Share to TwitterShare to FacebookShare to Pinterest
Labels: a memo from 2012