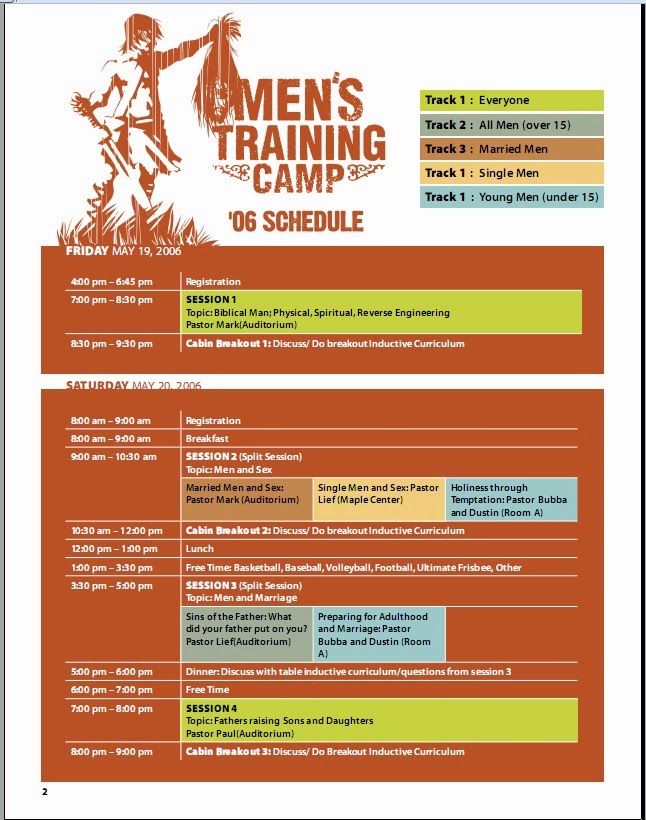 particularly note page 21 where a book recommended for both men and women to read is The Wounded Heart by Dan Allender. 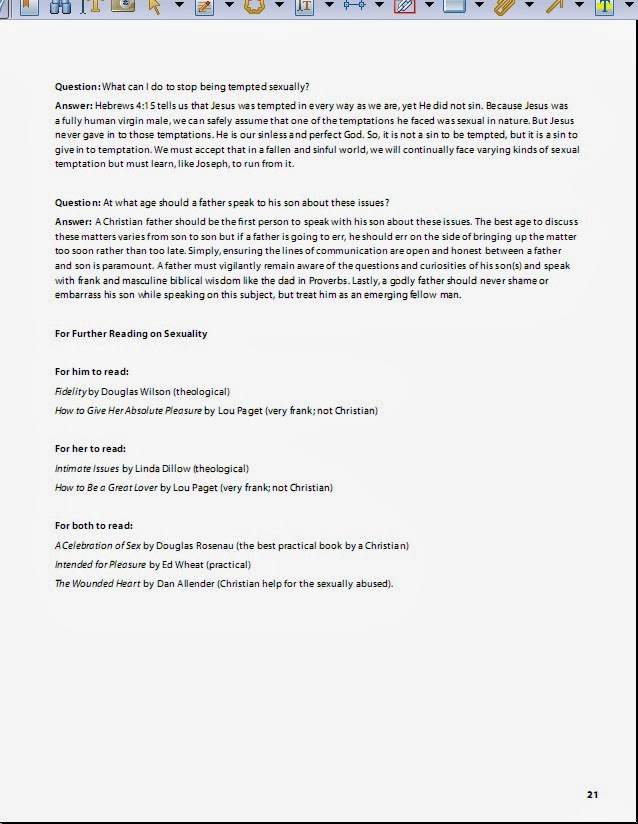 It can't be said she was unfamiliar with Allender's work because as far back as 2001, and maybe even 1998, she'd mentioned in a deacon profile Allender was one of her favorites.  And thanks to Mars Hill making so the 2006 Men's Training Camp booklet available for public consultation we can now establish that Mark Driscoll was familiar with Allender's work, apparently he was at least willing to recommend it as a help for the sexually abused.  This makes the failure of Mark and Grace Driscoll to credit Allender's work in Real Marriage when it was originally published ever more mysterious and ever less excusable.
Posted by Wenatchee the Hatchet at 11:07 PM

Mars Hill was absolutely using that book in grace groups lead by Bent Meyer, Bent's wife and others.

I believe they later decided that it leaned too heavily into 'profiling' (party girl, etc) and such and once Pastor Mike Wilkerson began writing what is now the Redemption book and forming the 'Redemption Group' structure it was abandoned.

If that was the reason it's all the more ironic since in Reformission Rev Driscoll relentlessly introduces litanies and taxonomies of who is useful in what way in broad, archetypal terms.

Wilkerson didn't sound like he stared writing anything until "maybe" 2009 or 2010.

Redemption Group soft launch training was in 2008.
The packet was thin but it was the seeds of Wilkerson's book. Formal writing might not have started until 2009.

That was around the same time the men's purity groups were merged into RG groups and training.

I don't think they dropped the Wounded Heart book until the soft launch of the RG stuff.

I think the negative view of the 'profiles' in Wounded Heart was just an instance of rejecting the concept of false identity that was prevalent in all of the 'help' books that the various groups were using and the Redemption book was part of what they saw as a more biblical method.

And yet in Real Marriage up pop the terms Good Girl, Tough Girl, and Party Girl. Maybe it just can't be helped.