the following of Sutton Turner on Twitter, a new short story in screencaps tells a story of a Turner in September 2014 that does not mention Mars Hill so much

One of the curiosities about The WayBack Machine is that in the event that it captures a webcrawl of a Twitter account it isn't necessarily in English.  Let's take the twitter account of Sutton Turner. 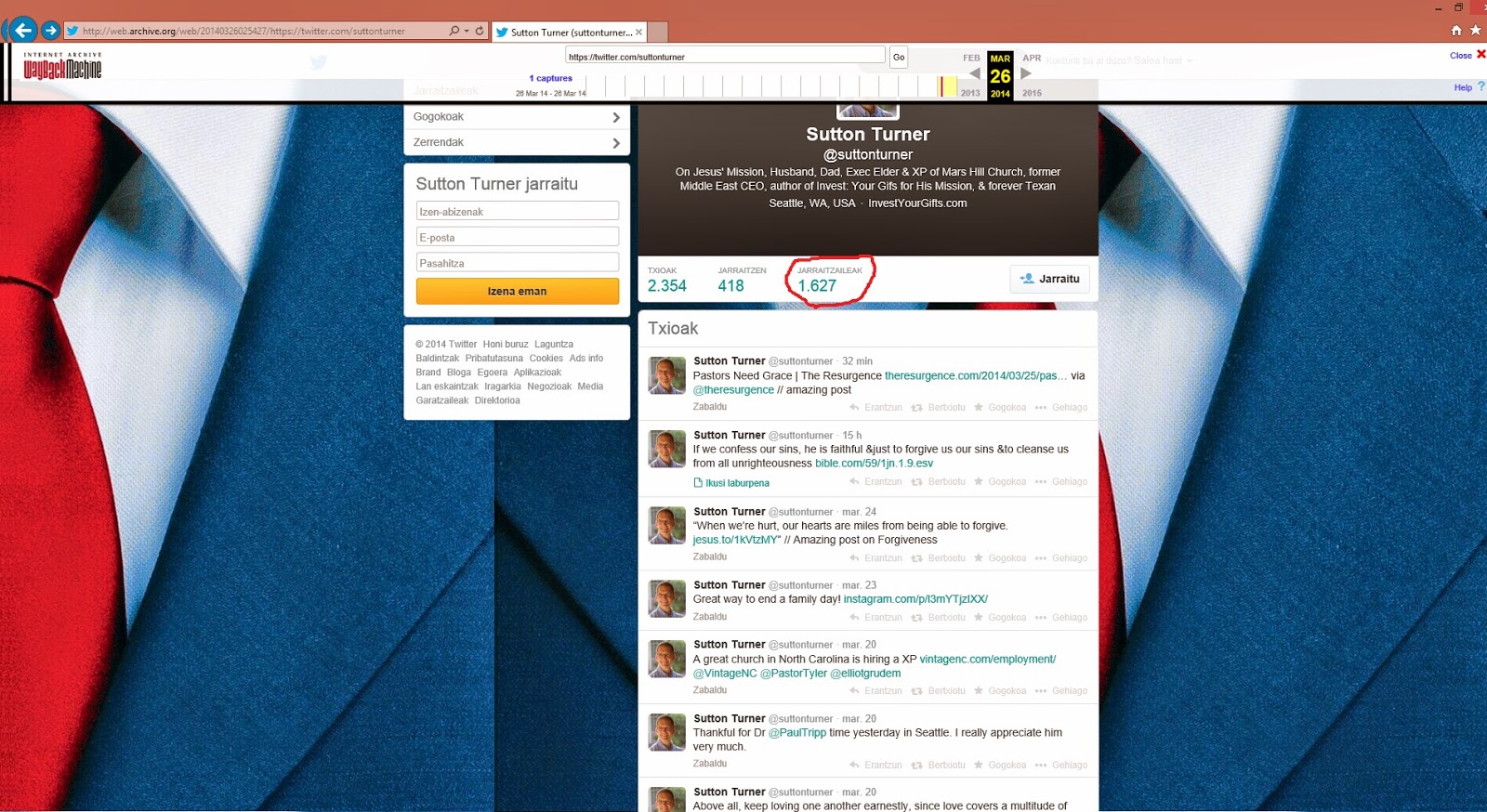 From March 26, 2014.  Anyone want to find out what "Jarraitzaleak" might lead to?  Let's say we click on that and find out where The WayBack Machine goes? 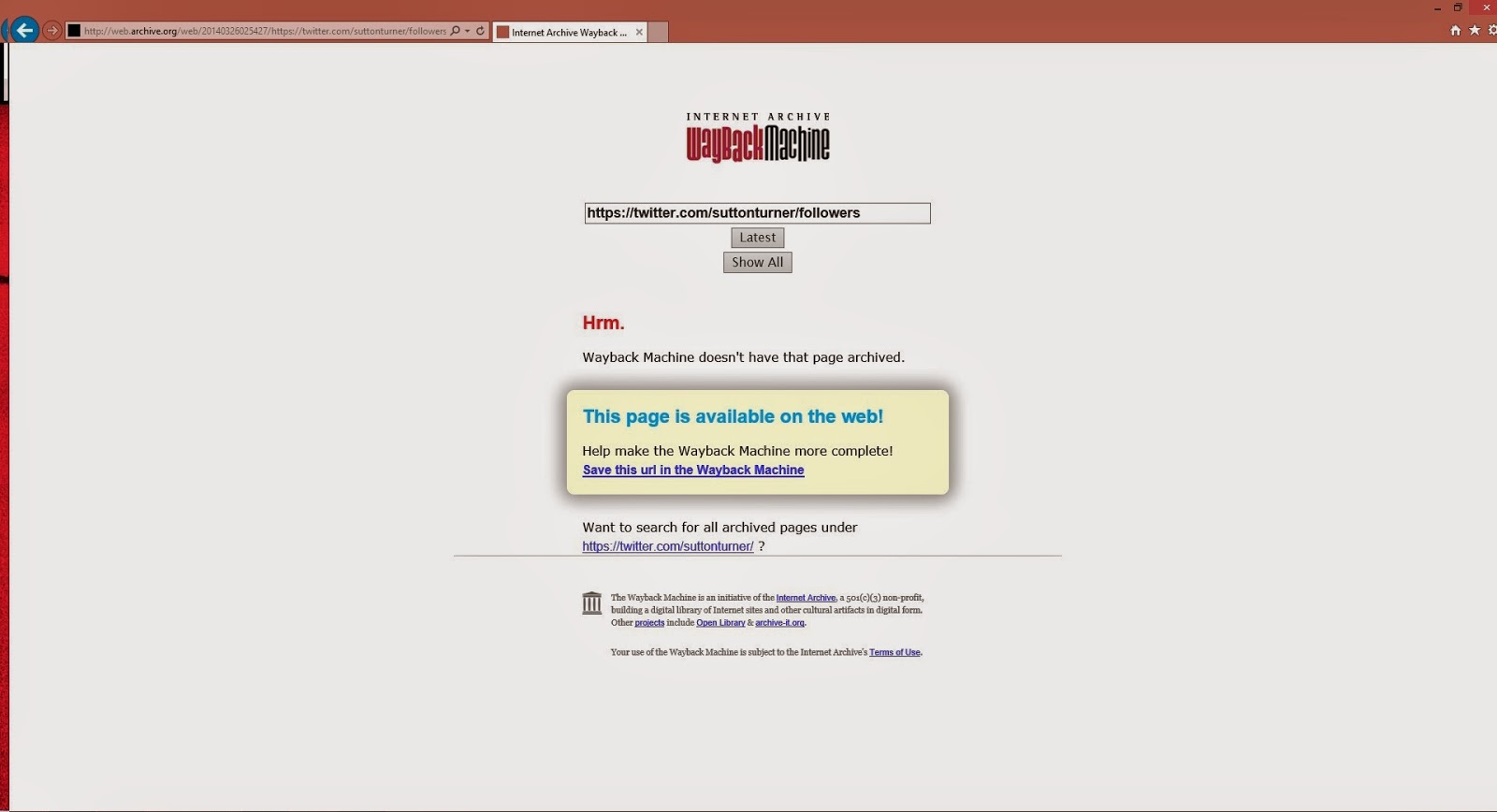 It would appear to be "followers" in this case.
Now, let's see what Sutton Turner's Twitter profile looked like August 5, 2014 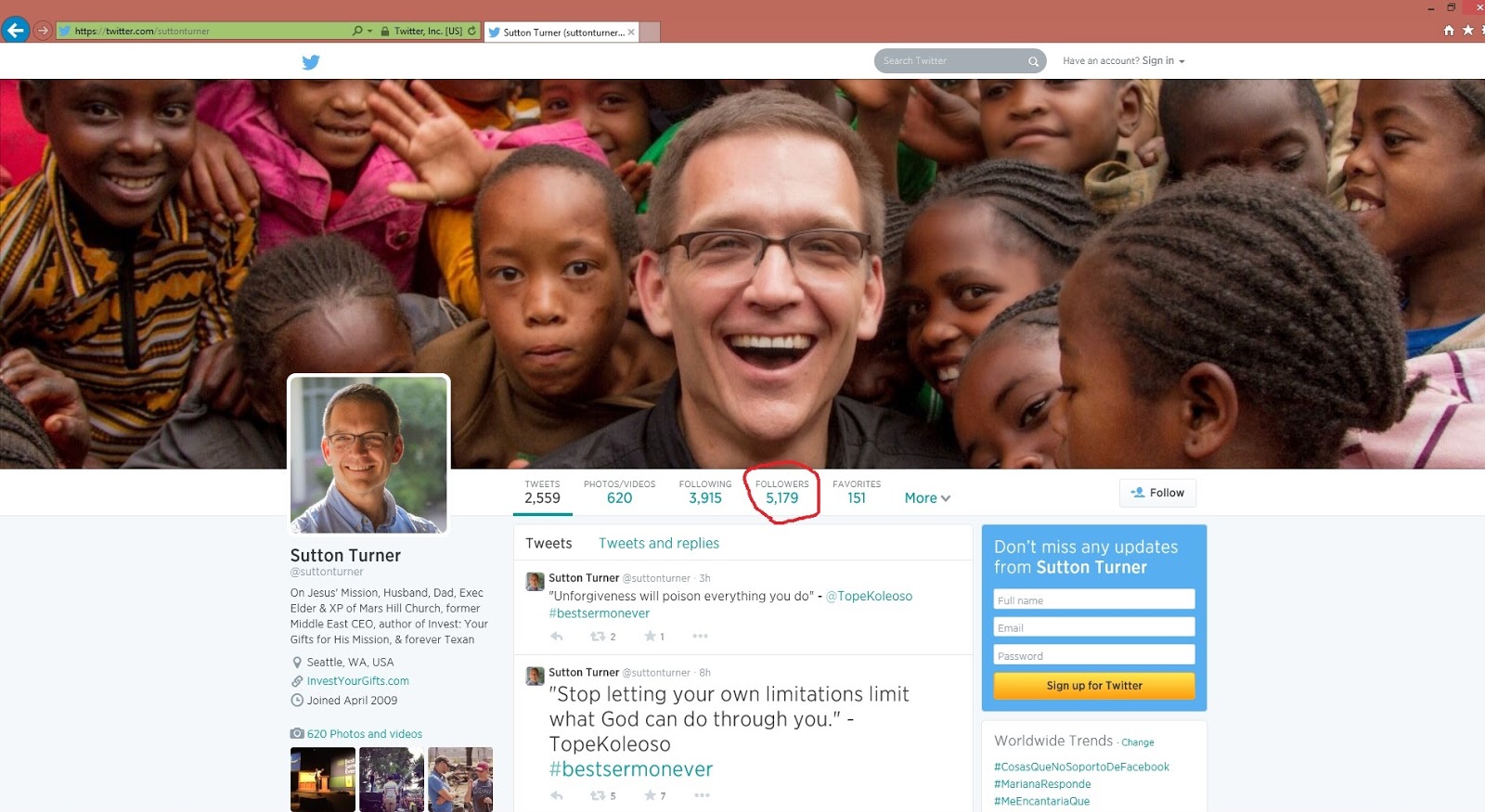 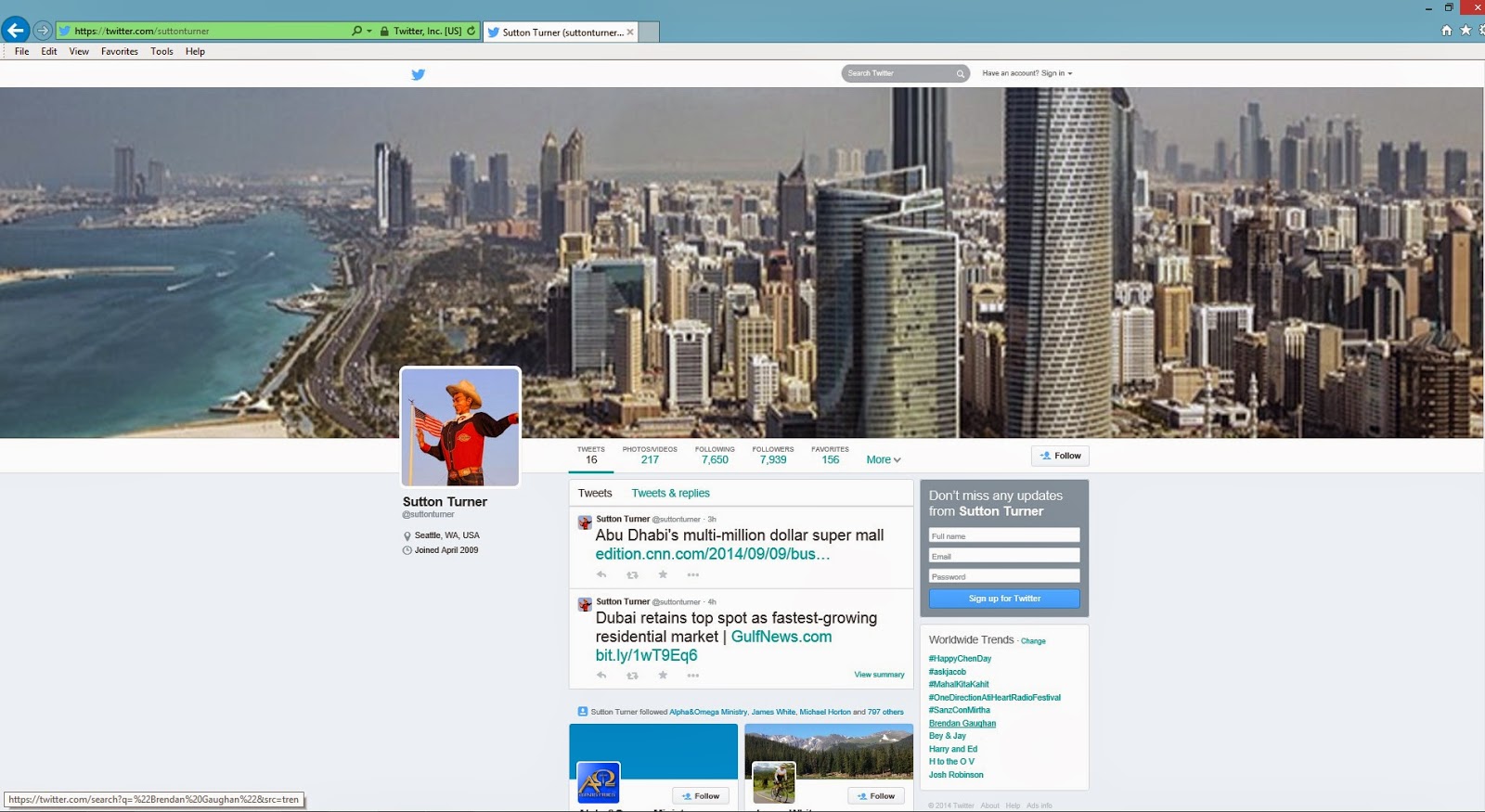 It's kind of fascinating, by the way, how Turner's twitter following just kept exploding this year after it turned out he signed the Result Source Inc. contract.  Was the notoriety of that good for getting a Twitter following?
Posted by Wenatchee the Hatchet at 10:33 PM

1) funny that he is now following Alpha and Omega ministries. They deal a lot with Islam and reformed apologetics.

2) he hasn't unfavorited anything yet. Still a lot from Mars Hill.