As longtime readers will know Wenatchee The Hatchet documented what were once the publicly available City profile user numbers on Mars Hill
http://wenatcheethehatchet.blogspot.com/2014/05/a-history-of-publicly-listed-city.html

For those who might not recall Mark Driscoll's user profile was listed as follows: 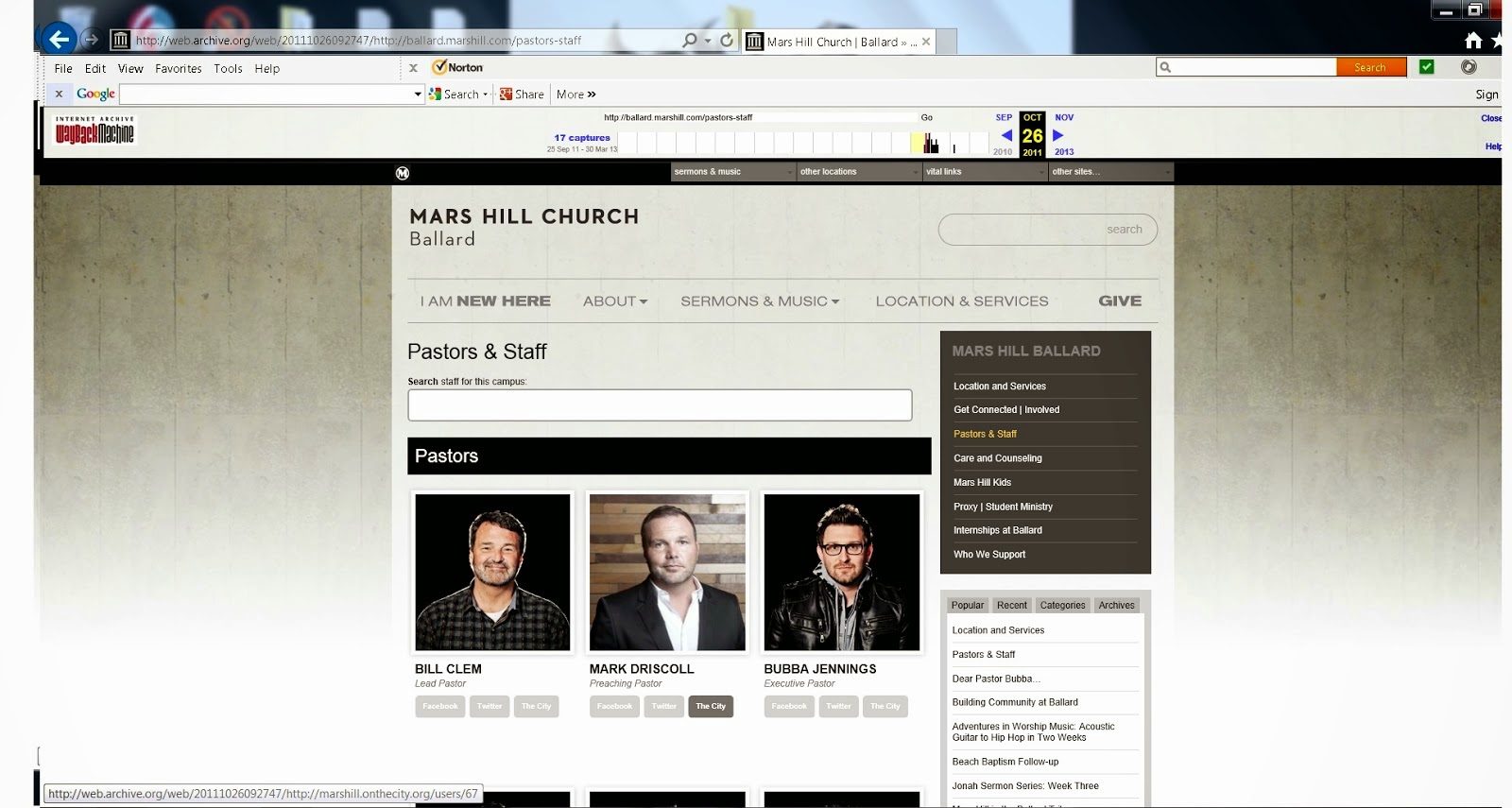 Well, in light of the BoE announcement that Mark Driscoll opted to resign rather than continue with or accept the restoration process offered to him Wenatchee The Hatchet has received some confirmation from more than one avenue that if you were to try to look for Mark Driscoll's profile on The City these days you're going to (briefly) get this:

Of course maybe there's a technical glitch going on and Driscoll's profile may not really be gone ... but it's not showing up as of today.  When the BoE said Driscoll had left Mars Hill it looks like they were telling the truth.

As noted earlier this week, when we look at the history of Mars Hill who else have we heard about that was a guy presented with a discipline contract or restoration plan dealing with a pattern of persistent sin who declined to comply with the agreement and resigned from Mars Hill Church?

Mark Driscoll and Andrew turned out to have the same basic story with respect to restoration/discipline at Mars Hill just a couple of years apart.  The irony in that is ... fascinating.
Posted by Wenatchee the Hatchet at 10:28 PM