If you go to the above link today you're likely to see something that looks like this. 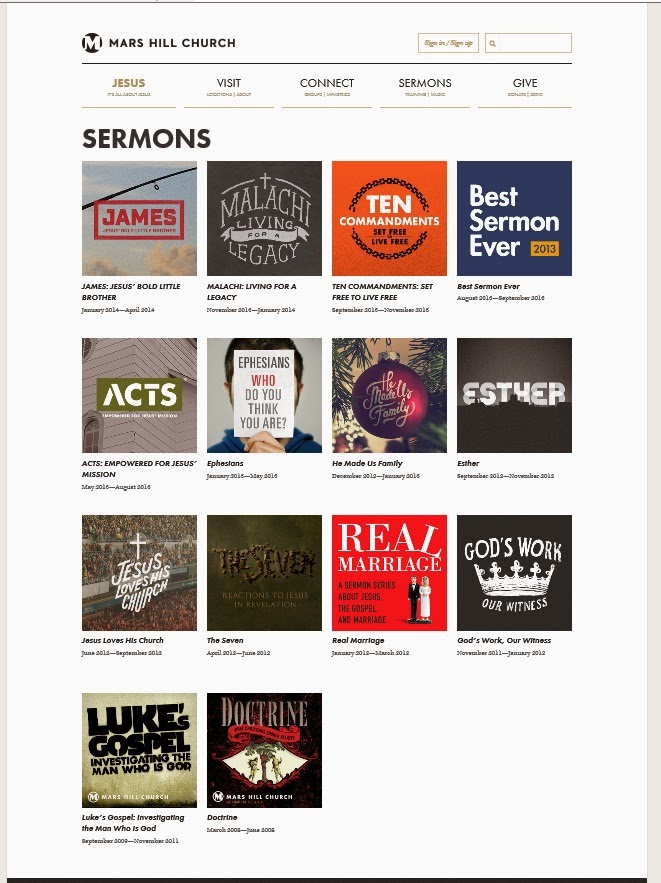 That's an interesting selection of sermons on the menu there because as recently as a few screen captures from somewhere we can see that the menu of downloadable sermon content from Mars Hill Church (almost invariably featuring Mark Driscoll) looked more like this:
http://web.archive.org/web/20140209102456/http://marshill.com/media/sermons
And here's a composite capture for the slightly less-than-techie Wenatchee The Hatchet featuring an earlier capture. 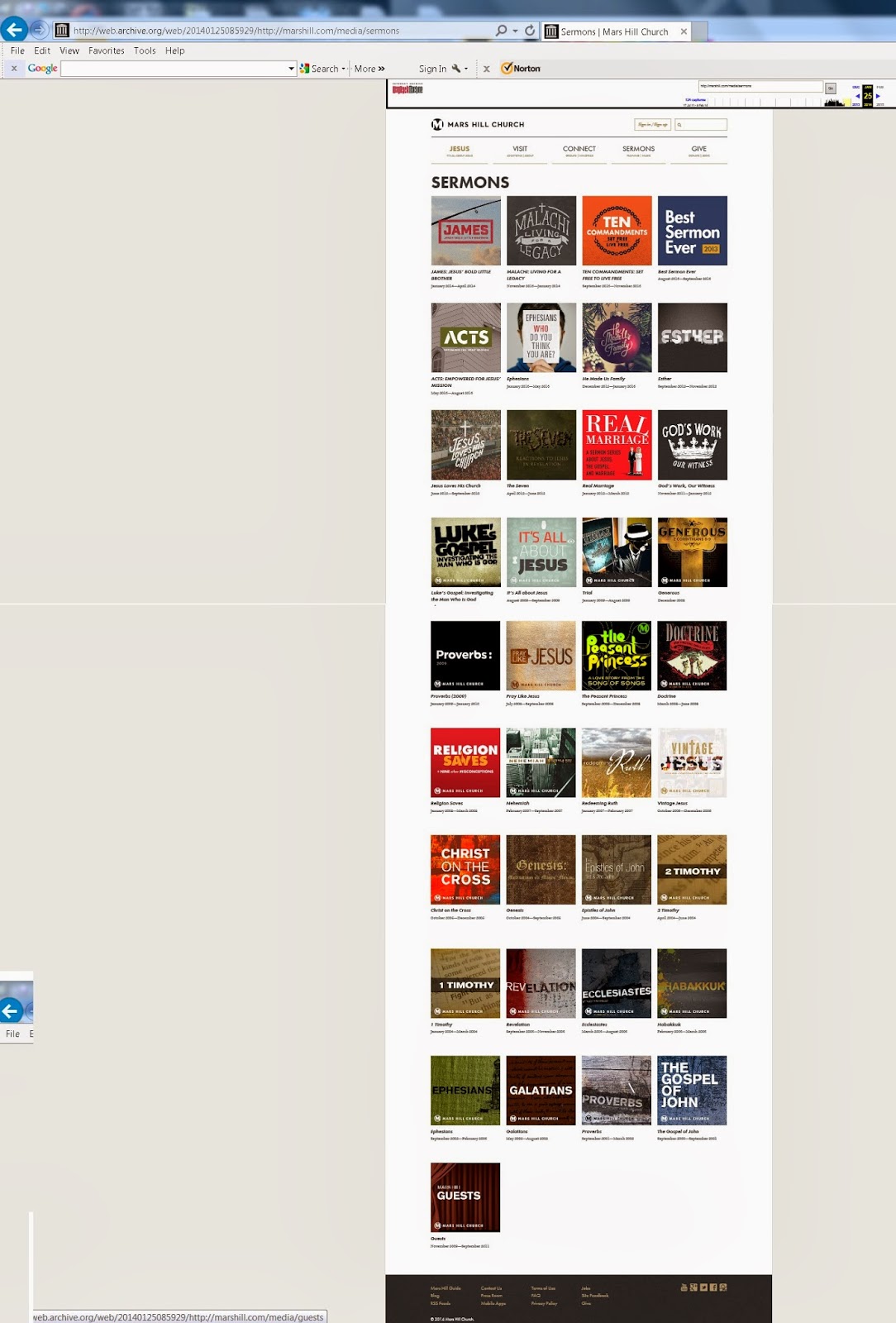 click on this to get a sense of how much bigger the scrollable menu was
﻿
So ... where'd all that stuff go?  While the press and blogging cycle focused attention on the open letter leaked from The City and what that might mean, Wenatchee The Hatchet noticed that basically all pre-2008 preaching content from Mark Driscoll seems to have been wiped off the menu of stuff.  Sure, you might be able to find all this stuff online somewhere but the point is to emphasize that about eight years of stuff isn't on the menu today like it was mere weeks ago.
If Mark Driscoll wants to apologize for angry stuff he's said and done in the past obliterating the extensive audio and video evidence for what his preaching has been like over about seventeen years hardly seems like a persuasive way to get that job done.  If anything it seems dishonest and cowardly to erase any trace of practically the man's entire pastoral career.
If this is supposed to be a sign of getting rid of material from Mark Driscoll's angry young prophet phase 1) Driscoll wasn't exactly a spring chicken even in 2008 and 2) obliterating 70% of Driscoll's preached content over the course of a week is quite a purge, possibly the single largest purge of media content from Mars Hill Church websites in its history.
Well, for those curious to read content from sermons in the 1 Corinthians series from 2006 or from the Phillipians and Ruth sermons from 2007, or from the 1 & 2 Peter series that has also been pulled, it seems, Wenatchee The Hatchet has a few posts sitting around.
Posted by Wenatchee the Hatchet at 11:51 PM

I wonder if this is talking about Tim Gaydos: “On May 15th 2013, in a 1:1 meeting at his office, Pastor Dave Bruskas confirmed to me that when a Pastor of Mars Hill’s downtown campus tried to gracefully resign, Pastor Mark Driscoll tried to force him to sign a non-compete clause for the city of Seattle and beyond.” https://docs.google.com/document/d/1TG60fTd5x2y2s8fjD5jc8FkNVmDhT5B28hnsPUfmnLQ/mobilebasic?pli=1