How Mars Hill acquired West Seattle: postscript--Acts29 and its Church Planting Scout in 2002 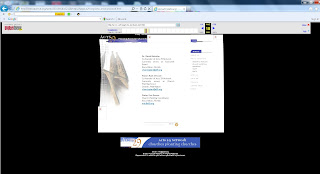 How do you do this over such long distance?
Driscoll: We talk all the time. David is my pastor [emphasis added]. He prays for me. He invests in me. He doesn't tell me what to do, but when he sees things in my character or theology that need to be challenged, he speaks to that very directly. I desperately need that. I tend to be stubborn and aggressive. I need someone strong speaking into my life, saying, "Think about this." But it has to be predicated on friendship and love.

I'm a 29-year-old church planter in Seattle. A couple years ago I met David Nicholas, who lives in Boca Raton, Florida. He pastors a large church, Spanish River Presbyterian, that he planted 35 years ago, and he still has a heart for church planting. We developed a close mentoring friendship. I fly
down to see David about four times a year, and he visits me each summer. We talk on the phone a couple times a week. He has walked me through some major issues in my life and ministry. [emphasis added]

David has interacted with all of these young planters. We've put together an entire network of church plantersÑfrom Omaha, Minneapolis, Portland, Seattle, and other places. Each March, we gather with David in Florida for training and friendship.

David and I are now partnering to launch a mentoring organization for young church planters called the Acts 29 Network. We began with 11 churches in the U.S., some overseas, and we're getting several requests weekly from young pastors wanting to join. David and I invest in them theologically,
financially, and personally.

All of this came out of a friendship between an older man and a younger man who share a love for church planting.

There's a decent chance this is simply trivia, which it is, but it is interesting that when Clem planted the church that was Doxa and which has since become Mars Hill West Seattle, Mark Driscoll was the Church Planting Scout at Acts 29 in 2001 and 2002.  When he ended up being president or holding board positions I have not managed to find out yet.
Posted by Wenatchee the Hatchet at 6:09 PM