Longtime readers of Wenatchee The Hatchet will perhaps already know that Wenatchee expressed reservations in 2008 about Mars Hill's commitment to meteoric and constant growth.  Mars Hill had acquired the West Seattle campus in 2006 and the Lake City campus around 2007 and Tabella (former Mars Hill Downtown).  Other campuses have since been added and the real estate and Mars Hill series has taken a backseat to other issues like plagiarism controversy and Result Source and governance issues ... but it was real estate that was of particular interest to Wenatchee The Hatchet as a problem of systemic development, a problem in which Mars Hill seem most likely to get in trouble by trying to expand campus development faster than it was cultivating a viable, stable donor base.  The previous fiscal year summation showed that while giving had increased the ratio of those who have given nothing within Mars Hill has also increased.  The top 20 percent are being relied on to give a bigger 80% for a bigger pie, so to speak.

But this can't keep going and in terms of operational expenses Mars Hill can't keep going the way they've been going without some campus closures, as in closing campuses altogether.  This has happened before, actually, as former attenders of Mars Hill Wedgwood/Mars Hill Lake City discovered circa 2011. At this point the question is not really "if" but when Mars Hill may have to announce closures and which campuses might have to be closed.  To go by the pdf that was made available to Warren Throckmorton earlier this year (hunt for Mars Hill Financial Slides) here are a couple of admittedly speculative guesses.

Mars Hill is going to have to announce campus closures and likely soon.

The campus closures are more likely to be for leased rather than owned real estate.

For instance, the U-District campus "could" close if the net margin since April 2014 was still in the negative by double digits (see the financial slides available via Throckmorton, if memory serves) but the corporation known as Mars Hill technically owns that real estate and turning around giving is conceivable.

In fact it was only a few years ago the real estate got bought. 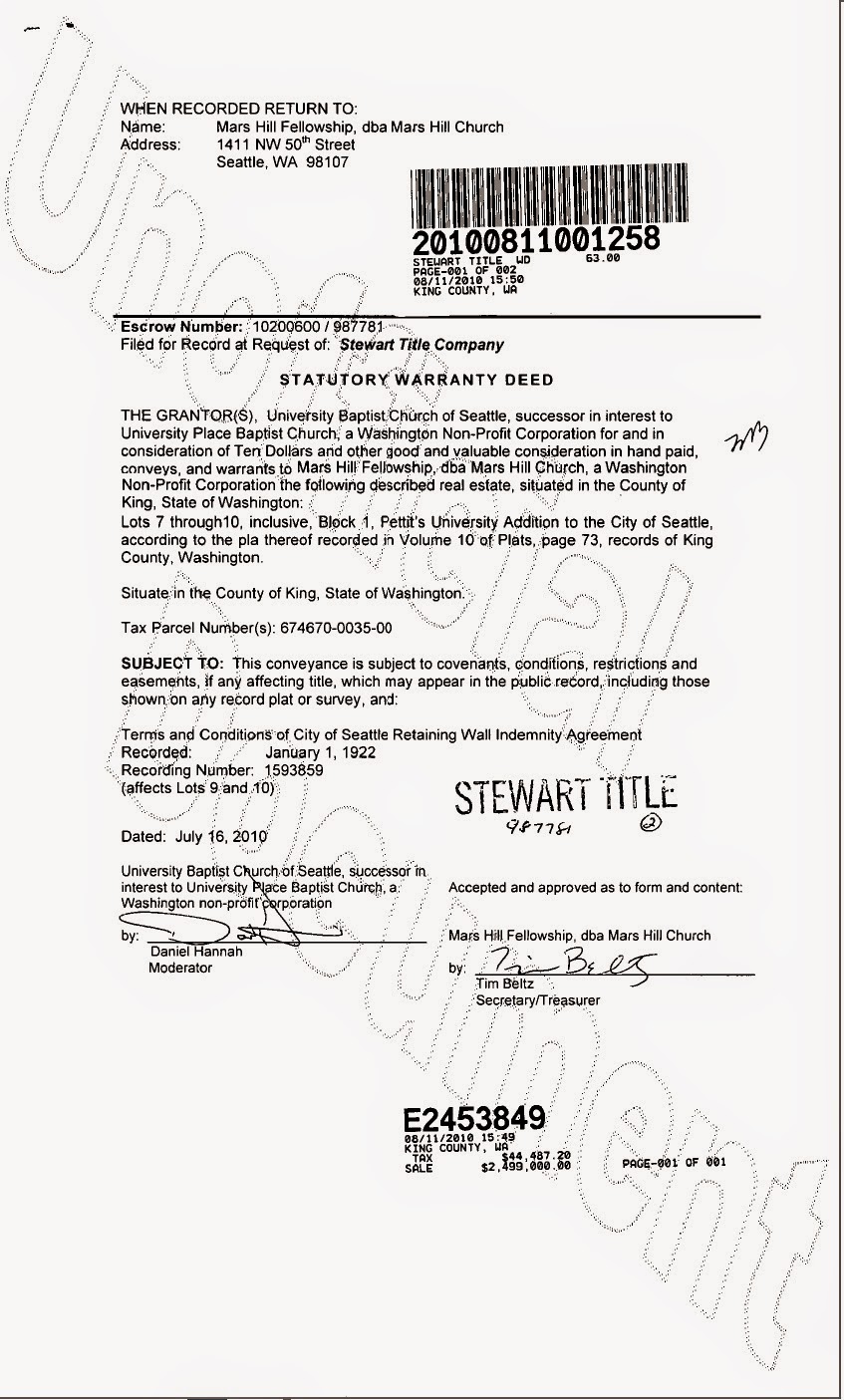 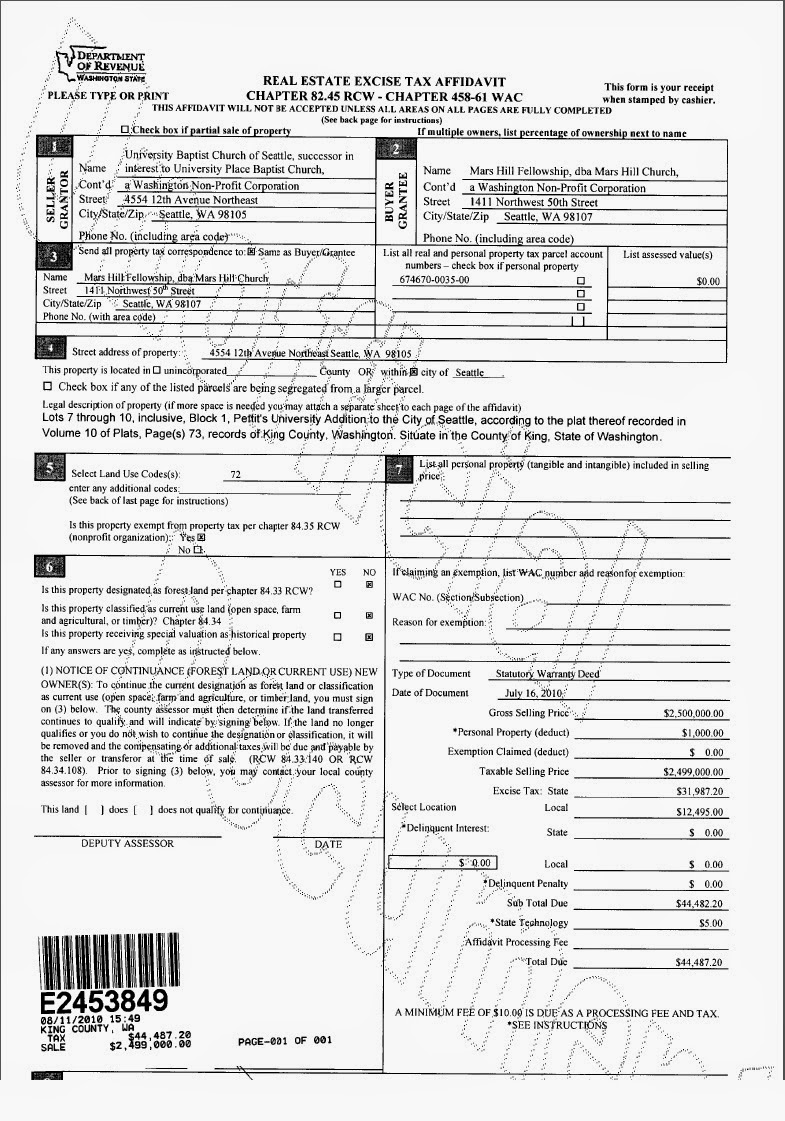 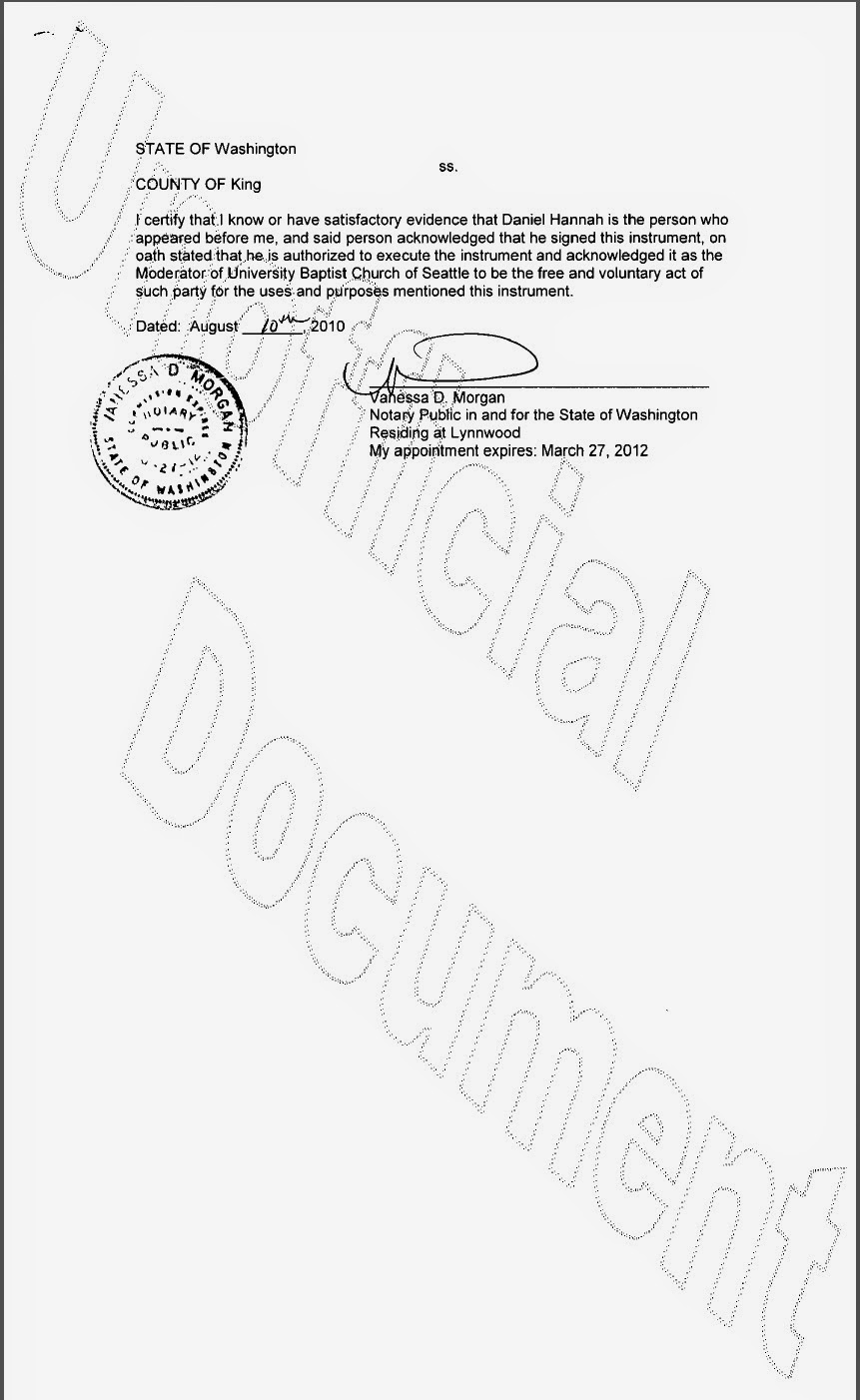 But if the campus loses enough money at steady enough of a rate it could conceivably go up for closure.  After all, that's kind of how it played out at Lake City, wasn't it?
But while the U-District campus could be closed there'd still be the matter of selling off the real estate, not exactly a simple task and there's no indications from church advisors that for sure the real estate is going on the market, where as there is a "pending" sale for the MH corporate headquarters.


On the other hand, as prestigious as the real estate Downtown is that's a lease.  The lease could not get renewed.  In fact for those who kept tabs on that lease the lease nearly didn't go through some time earlier during Munson's tenure as legal president of Mars Hill.

Cutting the lease at Downtown in favor of urging people to move to give and serve at a U-District campus on property that looks like it's owned by Mars Hill Church might not be an entirely bad move, or might it?  Not even saying that's likely, just pointing out that if Mars Hill were to announce campus closures it would be easier to announce the closures of campuses at locations that are leased rather than owned.  Whether or not Mars Hill Downtown sent out as many staff or leaders as Lake City did in its short tenure is a bit difficult for Wenatchee to track at the moment but when Beltz, Gaydos and Little all vanished inside of the same brief season in 2013 it's extremely unlikely Downtown could just keep on trucking in the wake of that level of departure.  Downtown is a mere sliver of what it once was in terms of publicly listed staff. Again, it seems that if their talent and resources could get absorbed into the U-District the way Lake City people and resources were siphoned back toward Ballard or Shoreline there might be a way to make lemonade from what could have been a lemon on the donor cultivation end since the Gaydos resignation.


Another example of a lease would probably be Rainier Valley, the Mars Hill campus that uses Union Gospel Mission property for meeting.  It's a small campus and the number of giving households is small while the net margin was still in double digits for a negative.  Shutting down that campus might be a tough and unhappy decision but not impossible and not a decision that couldn't be understood in terms of Mars Hill's aim to be around for the long haul.  There are a lot of campuses in Washington state already.  The same cannot be said of New Mexico. 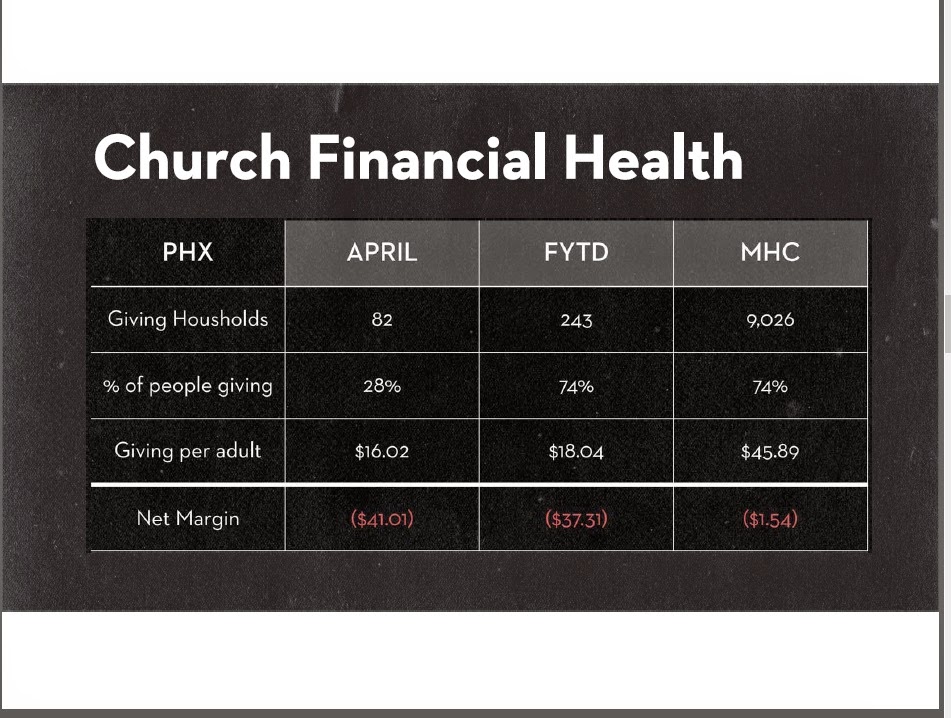 If a campus is relatively new, like Phoenix, then huge systemic deficits getting a campus up and running could be expected and perhaps MH would opt to weather a storm there.  But the percentage of giving households that came up there looked pretty low and the net margin was something like -$40.  That's still a potentially foundering campus if the trend hasn't been reversed.  Since Mars Hill Orange County is now Mars Hill Huntington Beach having a campus run into some eviction crisis only a matter of some months into a public launch is not entirely unheard of.

Mars Hill Orange County has experienced a lot of change since they launched in January of 2012. They’ve met in six different venues in four different cities and changed lead pastors once. Through it all, the people have remained faithful and committed to making disciples and planting churches.

Not long afterward.  Mars Hill Orange County became Mars Hill Huntington Beach and its lease on life may be a bit more open-ended than a campus like Portland where MH owns the real estate. 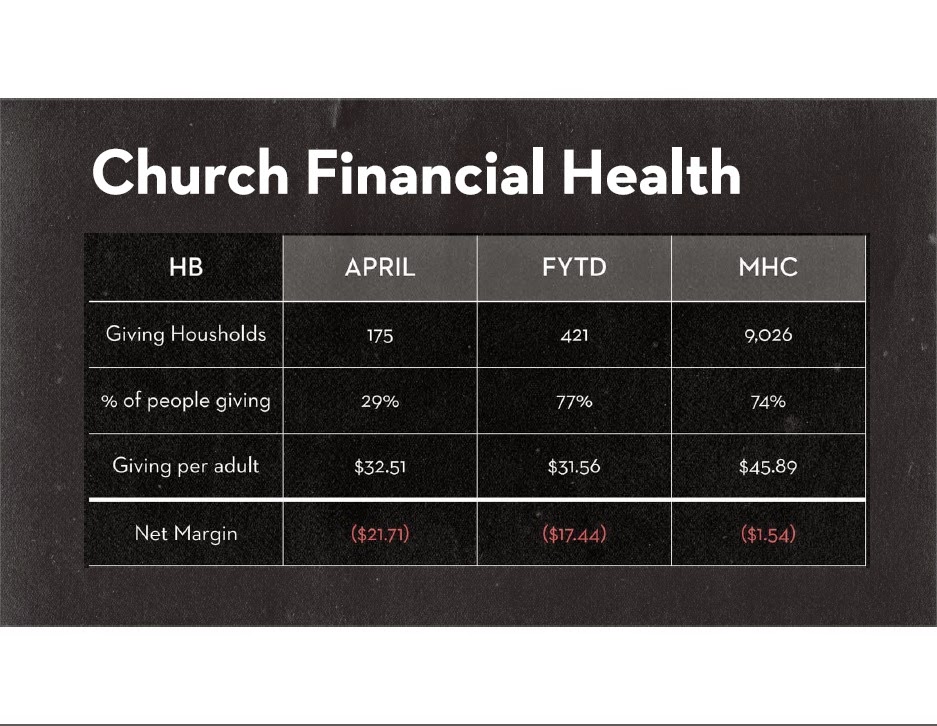 Things may have gotten better, even a lot better, but if this is the Huntington Beach slide and the trajectory of giving has kept going south ...

So, given the negative net margins that were available for consideration before the close of FY2014 ... "if" campuses were likely to get closed at least some possibilities might be

Can't be sure, and it may turn out no campuses close at all ... but if Mars Hill has been losing financial support, members, and staff as steadily as it has it would be rather amazing if a campus didn't shut down in the next fiscal year.

Posted by Wenatchee the Hatchet at 11:47 PM